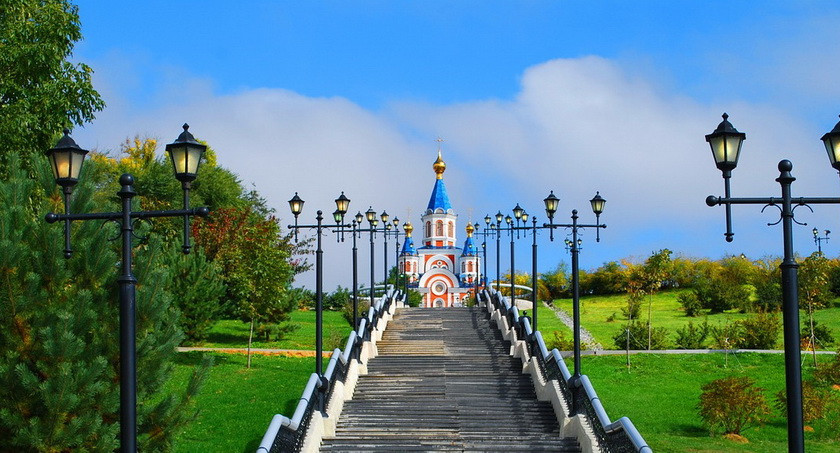 Day 1You will be accompanied to a hotel by our guide, check-in and have dinner.
Day 2 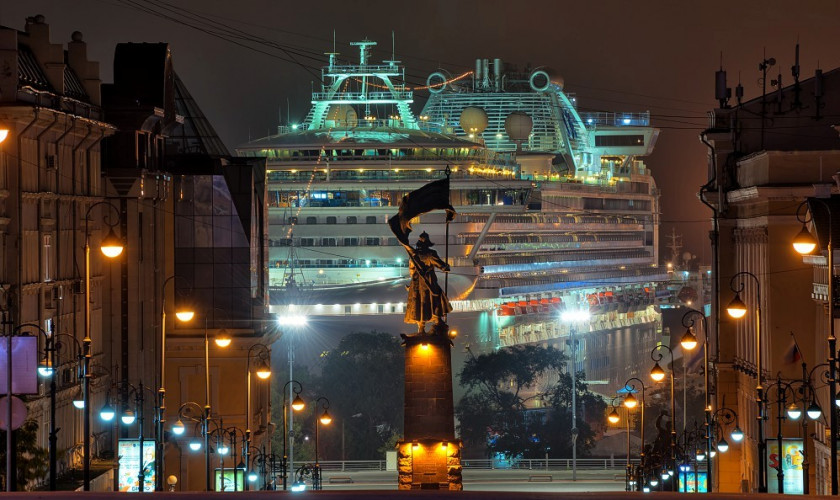 The Central Square will be the spot you will start the excursion from. In the center of it you can find the monument to the Fighters for the Soviet Power, the biggest one in the Russian Far East. This Square got its modern look in the beginning of the 1960-s and became one of the main calling cards of the city. We invite you to start your tour day from the place that unifies citizens thanks to
numerous festivals and fairs held here! 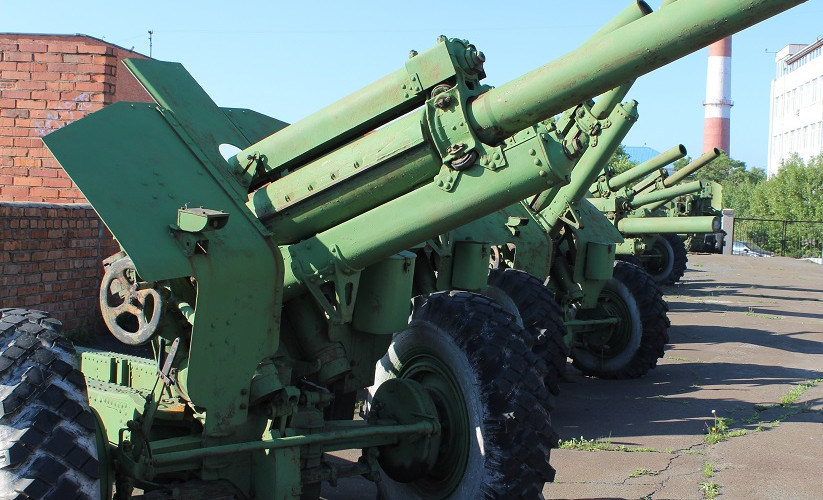 Would you like to visit one of the strongest marine fortresses? The Vladivostok Fortress will be the next place in the city you will observe. This is a complex of long-term fortification constructions. It also was one of few marine fortresses with reliable defense from the land side. You will observe the object that didn’t lose its military importance for decades! 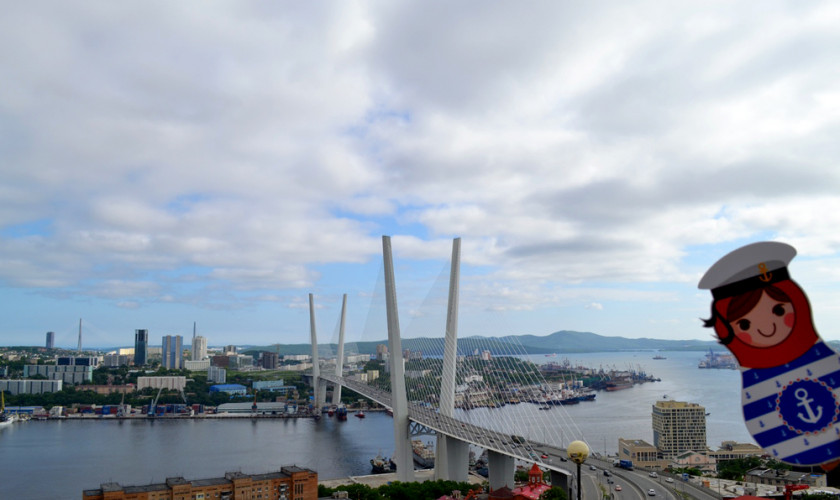 Next, you will have a chance to greet Vladivostok from the top. We invite you to the most popular city viewpoint, the Eagle’s Nest Hill. From here you can enjoy views of the Golden Horn bay, the Golden bridge and beautiful panorama of the city. The night scene is particularly impressive. 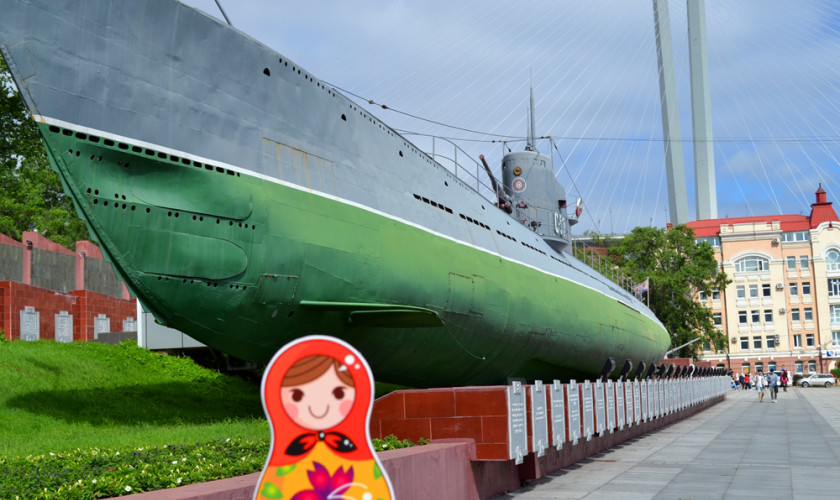 Continuing the excursion you will see S-56 submarine from outside and inside. It is a museum at present but it used to be operable during the Second World War. This museum is a must for tourists because many parts of the submarine were saved in their original
form, and this is your chance to feel the atmosphere of that remarkable period. 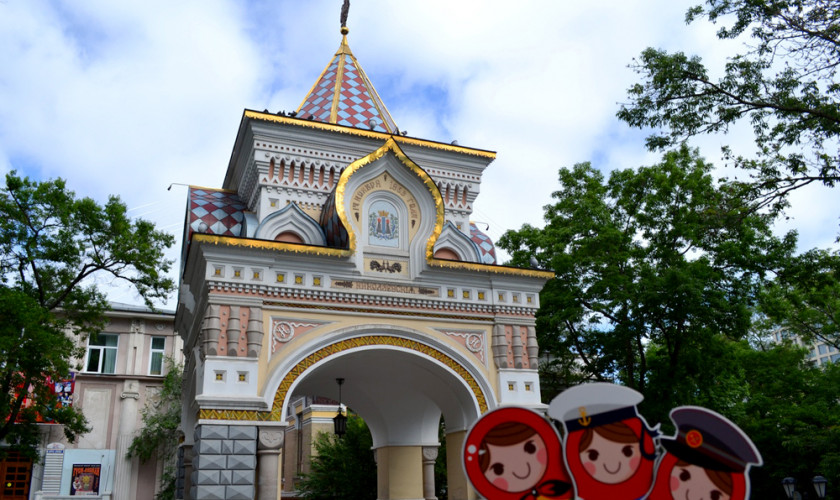 Just a few steps from the submarine you will find the Triumphal Arch which was constructed as a welcome present for the crown prince Nickolas when he visited Vladivostok in 1891. Let’s observe the historical Arch and enjoy its classical architecture that was often used for Russian constructions of the end of the 19th-the beginning of the 20th centuries. 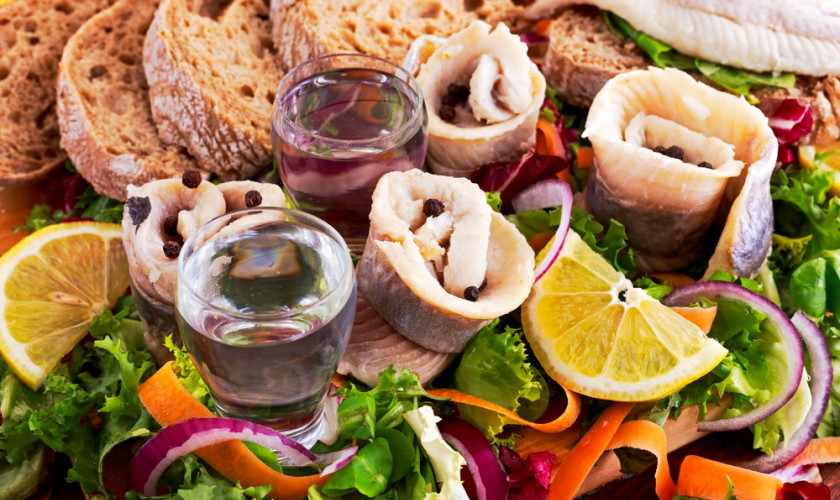 It’s time for lunch now. You will be transported to one of Vladivostok restaurants and enjoy delicious dishes of Russian cuisine. You’ve always dreamt about traditional Russian soup, like borshch or ukha? Or maybe you wanted to taste pelmeni or beef stroganoff? Everything’s possible! Your lunch will include a fresh salad, a soup, the second course and some dessert. 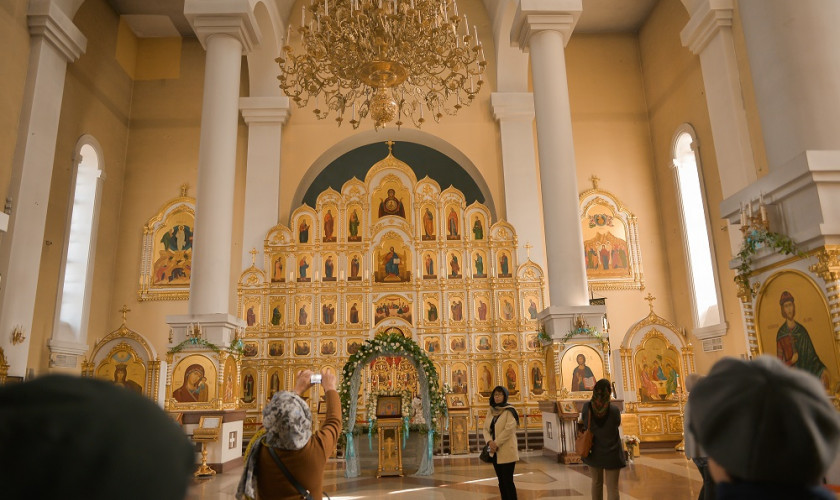 Having enjoyed lunch you are invited to observe beauty of the Russian Orthodox church, the Pokrovsky cathedral, which is located in the similarly-named park. It was destroyed in the Soviet period and renewed later, but now it looks completely the same as it used to. It is possible to go inside when there are no worships. 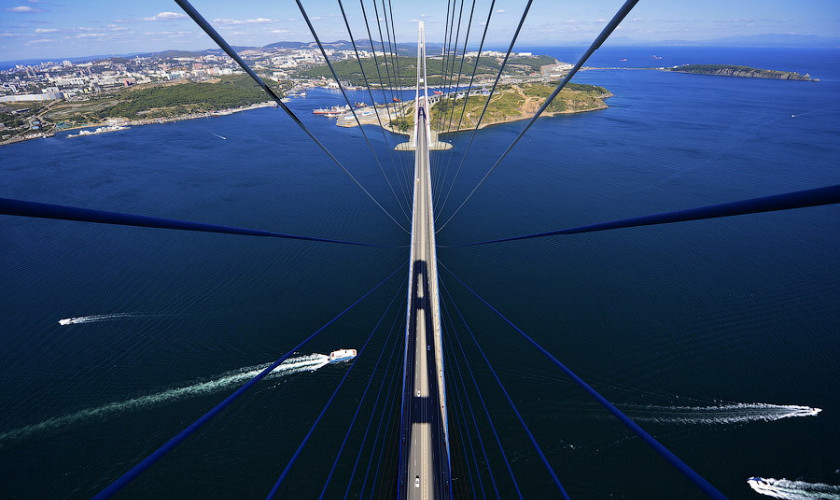 How about getting acquainted with some objects built not long ago? The Golden bridge and the Russky bridge were built in 2012 on the occasion of APEC 2012. The Golden one is named so because it is located over the Golden Horn bay. The Russian bridge leads to Russky Island and is colored like the Russian flag in white, blue and red. 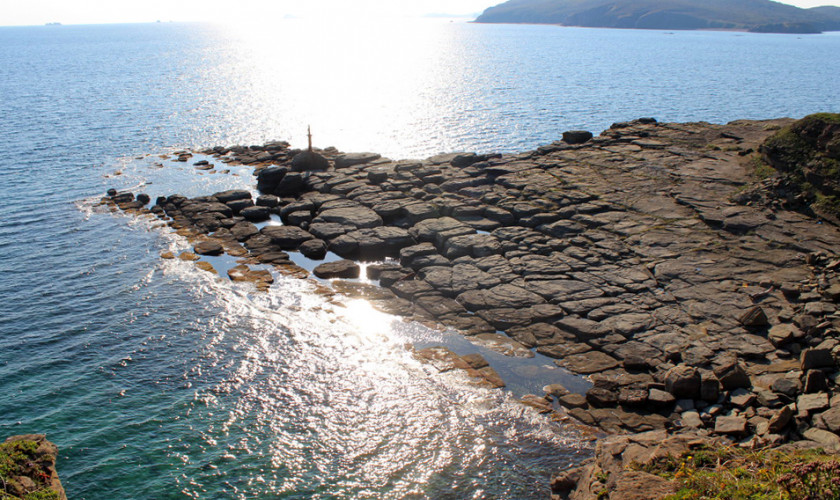 By the Golden and Russky bridges you will get to Russky Island. It is famous as one of the most popular resting places among Vladivostok citizens. You will be lucky to observe such APEC 2012 objects as the campus of the Far-Eastern Federal University, the Primorsky Aquarium, wonderful Primorsky nature and also take memorable photos. 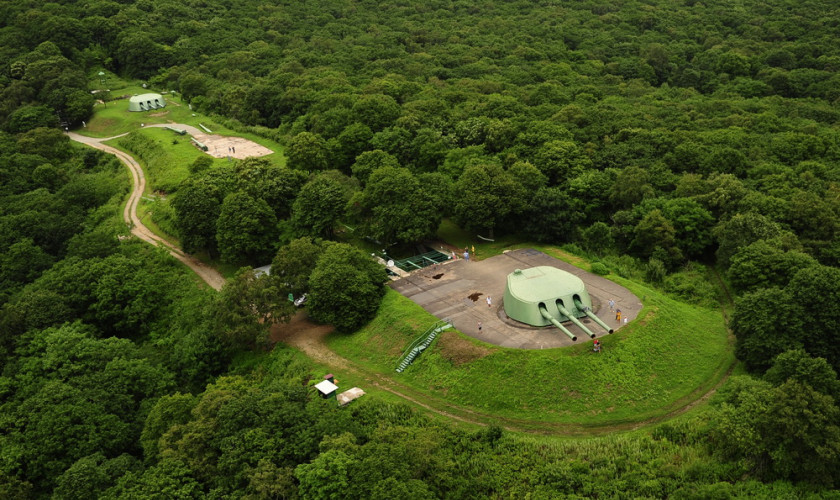 The Voroshilovskaya Battery is one more spot of Russky Island. It was used for defending Vladivostok till 1997 and became a museum in 1998. It is known as one of unique fortification constructions of the world and a miracle of engineering. Let’s visit the military object that had such great historical importance in the past! 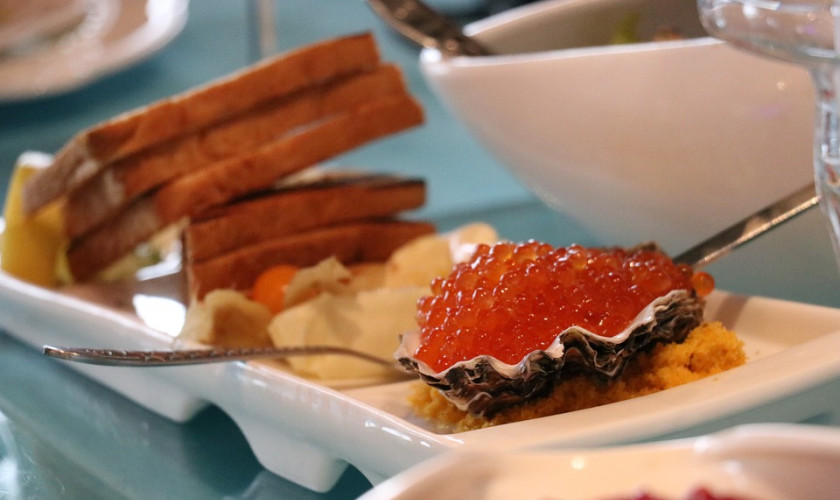 Having enjoyed scenes of Russky Island it would be nice to relax and have dinner in one of the city seafood restaurants. It’s your chance to taste King crabs or other fresh seafood dishes. You will be pleasantly surprised with unusual atmosphere, diverse menu and delicious meal. 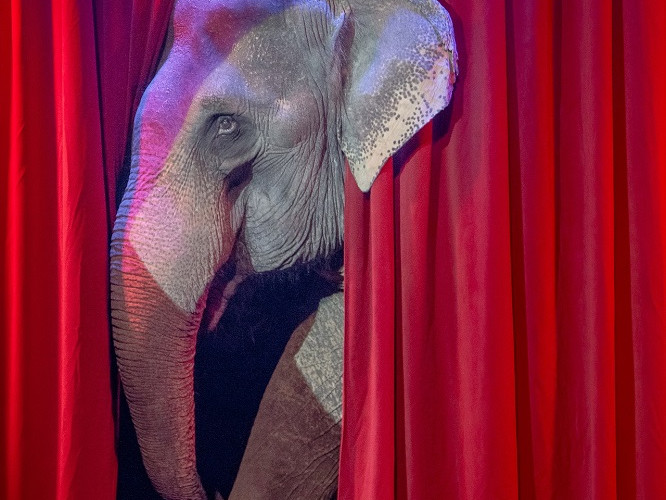 After dinner you can choose whether to come back to your hotel and take rest or continue the tour day and watch a performance in the Vladivostok Circus or the Primorsky Scene of the Mariinsky Theatre. In case the performance is not possible due to the schedule, we can organize a backstage tour for you! Day 3
Let’s start a new day with breakfast in a hotel and visiting Vladivostok Railway station. This is the last point of the Trans-Siberian Railway and its construction was started in presence of the future Russian emperor, the crown prince Nickolas, in 1891.

Right from here you will start your exciting trip by the world famous Trans-Siberian Railway. This is usually a short trip to one of three stations: Ugolnaya, Okeanskaya or Ussuriysk. Get the unforgettable experience of travelling, enjoy scenes from the train window and take beautiful photos!

We invite you to relax and know Russian culture in the Vavilov Manor. It is designed in a traditional Russian style. Here you can not only feel the atmosphere of a Russian manor house but also know its history, have lunch with dishes of Russian cuisine, visit the workshop of gingerbread art called Pushkin-grad and even purchase some gingerbread as a souvenir.
After arriving back to Vladivostok you will visit the unusual place - GUM (the department store). This is the oldest trading enterprise of the Russian Far East where you can find clothes produced by local designers. It is also a monument of architectural importance and one of the most beautiful antique buildings of the city.

Let’s continue the excursion around Vladivostok outlets and visit a traditional market. Such places used to be the only outlets where Russian people bought food, clothes and other things necessary for everyday life. Nowadays Russians prefer modern convenient supermarkets but it will be interesting for you to visit a traditional trading enterprise that played such important role in the past.

It’s perfect time now to come back to your hotel and have short rest after the busy tour day.
Later you will be transferred to one of Vladivostok restaurants to have dinner and relax. Gladden yourself with delicious meal and unforgettable dinner party!

After dinner you will be delivered to the Railway Station to start your trip to Khabarovsk city by the Trans-Siberian Railway. You will spend night in the train and begin a new tour day in a new city!
Day 4
Having arrived at Khabarovsk city you will be transferred to one of the local restaurants for breakfast.

Would you like to continue your excursion and visit the Lenin Square, the largest one of the city? This place is a significant part of Khabarovsk history. Here you will get pleasure from observing fascinating fountains, flower beds and grass plots.

It would be great to visit one of the oldest squares of the city, wouldn’t it? It is called the Komsomol Square and is famous as the place that was renamed many times reflecting historical changes. This Square is also home for the Monument to the Heroes of the Patriotic War on the Far East and the Uspensky Cathedral.

Amursky Cliff, one of the city calling cards… and the place where the city history started. Here you can admire picturesque views of the Amur river, enjoy the cultural-museum complex devoted to the city history and know about Khabarovsk looking through the “Time telescope” demonstrating historical videos about the city. We invite you to visit the historical spot imaged at the 5000 ruble banknote.

Don’t lose the chance to visit the place that used to be the main trading outlet in the past – a market. Despite the fact that supermarkets are much more popular now, some people still prefer to purchase fresh food at traditional markets.

It’s time to take a break and have lunch in one of the city restaurants. We invite you to taste dishes of authentic Russian cuisine. A traditional soup, the second course and some dessert cooked by traditional recipes – this is what your lunch will consist of.
After lunch you will be transported to your hotel and check-in.

How about admiring fascinating scenes of the Amur river? We are glad to inform you that the one-hour cruise will become the next step of your excursion! In the course of this cruise you will be able to observe the main spots of Khabarovsk city, enjoy fresh air and Primorsky nature. Let’s finish the tour day with a pleasant cruise!

Finally, you will be transported to one of the city restaurants and have tasty dinner!
After dinner you will come back to your hotel. 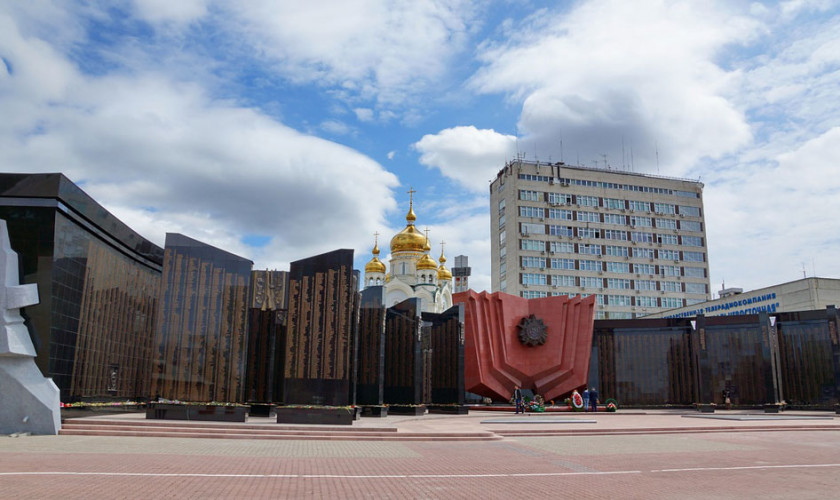 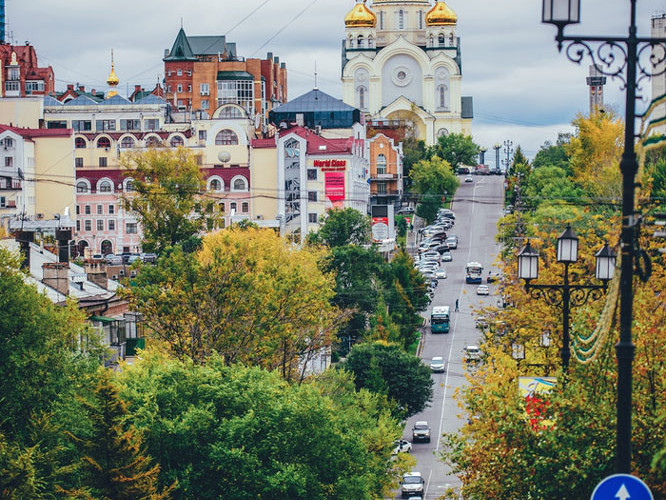 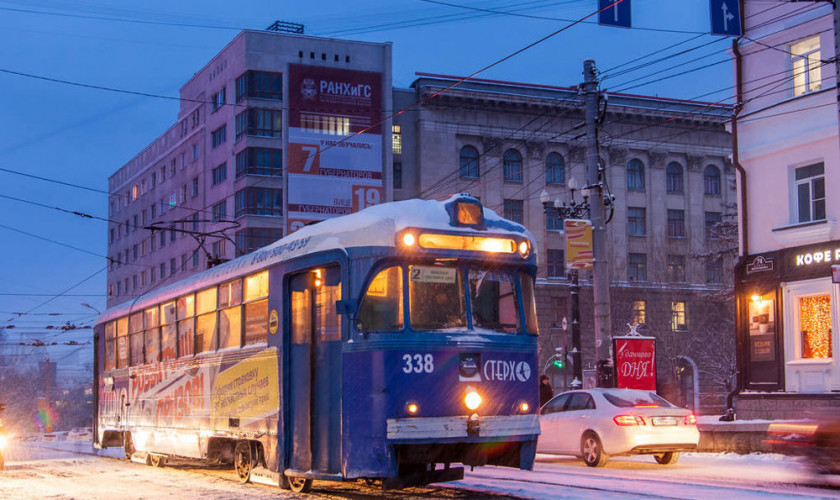 Day 5After breakfast in the hotel our guide will accompany you to the Khabarovsk Airport.


The experts of inbound department:

Valeriia Litvinenko
E-mail: This email address is being protected from spambots. You need JavaScript enabled to view it.

Daria Desiatykh
E-mail: This email address is being protected from spambots. You need JavaScript enabled to view it.